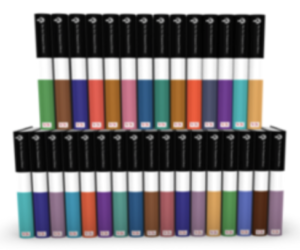 Since its origin in the 1960s, the Old Testament Library has become a standard in the field for liberal-critical scholarship, serving both the educated minister and the academic. It began as English translations from the critical German series Das Alte Testament Deutsch, and then it progressed with original English volumes until it covered every Old Testament book, along with a number of corollary topical studies. In 2002, the New Testament Library began, continuing the tradition of thoroughly researched liberal scholarship, and then a number of new and old related studies were added. Perhaps due to my bias or strengths, I think the quality of Old Testament volumes exceeds that of the New.

To varying degrees, all the commentaries in the series provide a fresh translation, critical portrayals of the historical world in which the books arose, attention to literary design, and a theologically perceptive exposition of the biblical text. Nevertheless, because the series bears no stated vision or set structure and includes an array of scholarly critical perspectives and interpretive approaches, the individual commentaries and studies vary greatly in quality, size, and emphases, whether addressing text criticism, grammar and syntax, historical context, literary features, structure, or theology. Some commentators shape their entire volumes around developed theories of hypothetical sources, whereas others focus almost exclusively on a book’s final form. Some writers saturate their reflections with historical-cultural backgrounds or socio-scientific research (e.g., anthropology, archaeology) but do little actual work in establishing a book’s overall thought-flow and message, whereas others wrestle deeply with literary features, discourse structure, theology, and inner-biblical connections. This disparity within the series, along with its critical bent, naturally makes it varied in its usefulness, especially for evangelical ministers.

This stated, many volumes in the Old Testament Library Commentary stand out for their benefit to evangelical interpreters. Brevard Childs’ Exodus volume (1974) includes a thorough history of interpretation and remains one of the most exegetically and theologically robust commentaries on the book, attempting to balance critical methods with a final form, canonical interpretation that stretches into the New Testament. Sara Japhet’s 1–2 Chronicles (1993) is exceptional in its careful exegetical analysis and sensitivity to Chronicles as history, usually with conservative conclusions. Adele Berlin’s study of Lamentations (2002), while never reaching into the New Testament, is among the best available in the way it establishes the book’s message by assessing it in light of other ancient Near Easter literature and by focusing on literary features like metaphor and themes like purity, mourning, repentance, and the Davidic covenant. Two other noteworthy volumes include Jon Levenson’s Esther (1997), which matches a careful reading of what he believes is a fiction work with a conscious eye toward intertextual connections both in and outside the Bible, and Childs’s Isaiah (2000), which is not as thorough as his Exodus but focuses on the history of interpretation and a canon-conscious final-form theological message. Where one would expect Childs to address the New Testament’s handling of Isaiah, he does, though often viewing it as a radical reinterpretation of the original meaning (e.g., Isa 53). While Gerhard von Rad’s Genesis (1973) is plagued by a hypothetical reconstruction of sources, it is still useful for its theological, redemptive-historical insights. Marvin Sweeney, while moderately critical, is usually both careful and conservative in his interpretation, and his 1 & 2 Kings (2007) does not disappoint in its attention to structure, theological agenda, and historical context. Both Richard Clifford on Proverbs (1999) and J. J. M. Roberts on Nahum, Habakkuk, and Zephaniah (1991) are also helpful due to their extensive treatment of text criticism, grammar/philology, and historical background.

In the New Testament Library Commentary, three volumes stand out most. M. Eugene Boring’s Mark (2006) helpfully focuses on the Gospel’s theological agenda including its intentional ending at 16:8, and it includes a number of useful excurses such as kingdom of God, Markan Christology, and the use of Scripture in the Gospel. Frank Matera’s moderately-critical 2 Corinthians (2003) interacts well with secondary literature, affirms Paul’s role as a gospel preacher, argues for the letter’s unity, and offers a manageable yet detailed theologically-rich exposition of the text; he fails, however, to see the Mosaic law as standing in the background to Paul’s discussion in chapter 3. Luke Timothy Johnson’s Hebrews (2006) interacts little with contemporary secondary literature but still offers an extended introduction and useful insights in the commentary from Greek grammar, Greco-Roman backgrounds, and the influence of Old Testament quotations and imagery on the author’s message.

Along with the contemporary commentaries, the WJK library includes nine classic Old Testament volumes that have now been replaced but that scholars still regularly reference. Strangely missing are Martin Noth’s Exodus (1962) and Leviticus (1965), but helpfully included are Gerhard von Rad’s Deuteronomy (1966), Claus Westermann’s Isaiah 40–66 (1969), and James Mays’s Amos (1969) and Micah (1976). With these, the series includes numerous supplemental volumes related to introduction, history, theology, and genre analysis. Most noteworthy in OTL are Rainer Albertz’s two-volume A History of Israelite Religion in the Old Testament Period (1994) and Walther Eichrodt’s two-volume Theology of the Old Testament (1961), both of which are still standards in the field in light of their careful and thoughtful analysis. In NTL one must mention Victor Furnish’s balanced and time-tested Theology and Ethics in Paul (2009, orig. 1968) and J. Louis Martyn’s provocative, paradigm-changing History and Theology in the Fourth Gospel, 3rd ed. (2003).

We should not downplay the significance of what Accordance has supplied in giving the WJK Library Bundle in a digital format. First, both the publisher and Amazon only allow you to purchase individual print volumes in the WJK Old and New Testament Libraries, which together take up a massive amount of shelf space and retail at $4,442.00. In contrast, Accordance lets you access this massive amount of content anywhere on Mac, Windows, iPad, and iPhone, and you can purchase individual volumes, smaller bundles (see above), just the 46 OTL and NTL commentaries, or all 68 volumes together, the whole of which is 38% of the cost of the print volumes ($1,726.00). Accordance is portable, flexible, and affordable. Second, Accordance is user-friendly, allowing you to search with lightning speed decades of scholarship and thousands of pages of careful study. A reference search takes you directly to the spot where a given commentary addresses your passage of interest. Using the English content search, I identified in less than five seconds all 631 instances where “Jesus <OR> Christ” occurs in the thirty-one commentary volumes in the OTL. I also found that the NTL commentaries only rarely cite major evangelical scholars. A bibliography search reveals that only the John volume cites one of D. A. Carson’s authored works, and an English content search notes that the commentary mentions him twenty-three times. Only three volumes include authored works by G. K. Beale, but only Revelation actually cites him in the body (ninety-five times). Only 1&2 Timothy and Titus cite an essay by Thomas R. Schreiner (two times), and not one volume mentions Douglas Moo. N. T. Wright gets broader acknowledgement, showing up in eight volumes around thirty-nine times. Clearly liberal-critical scholars are not too interested in evangelical perspectives. Because the Old and New Testament Libraries use transliteration rather than Hebrew and Greek characters (except in notes), one can’t as easily search for Hebrew or Greek content, but Accordance’s transliteration search does work nicely, not requiring detailed pointing. As such, I was able to type in “Kabod” for kābōd (= the Hebrew כָּבוֹד “heaviness; glory; honor”) and came up with fifty-two hits in OTL, many of which provided insightful reflection on specific Old Testament texts.

In conclusion, the WJK Old and New Testament Libraries supply a mixed quality of liberal-critical scholarship, which evangelicals can benefit from when engaged with discretion. Many of the commentaries and additional volumes are exegetically rigorous and theologically robust, and they can supply evangelical readers with fresh translations, extended bibliographies, and careful though critical analysis of the final form of the biblical text. This series will likely not be the first stop for evangelical conservatives, but biblical scholars and graduate students need to engage with these volumes, and Accordance Bible Software has now made this more portable, flexible, affordable, and usable.