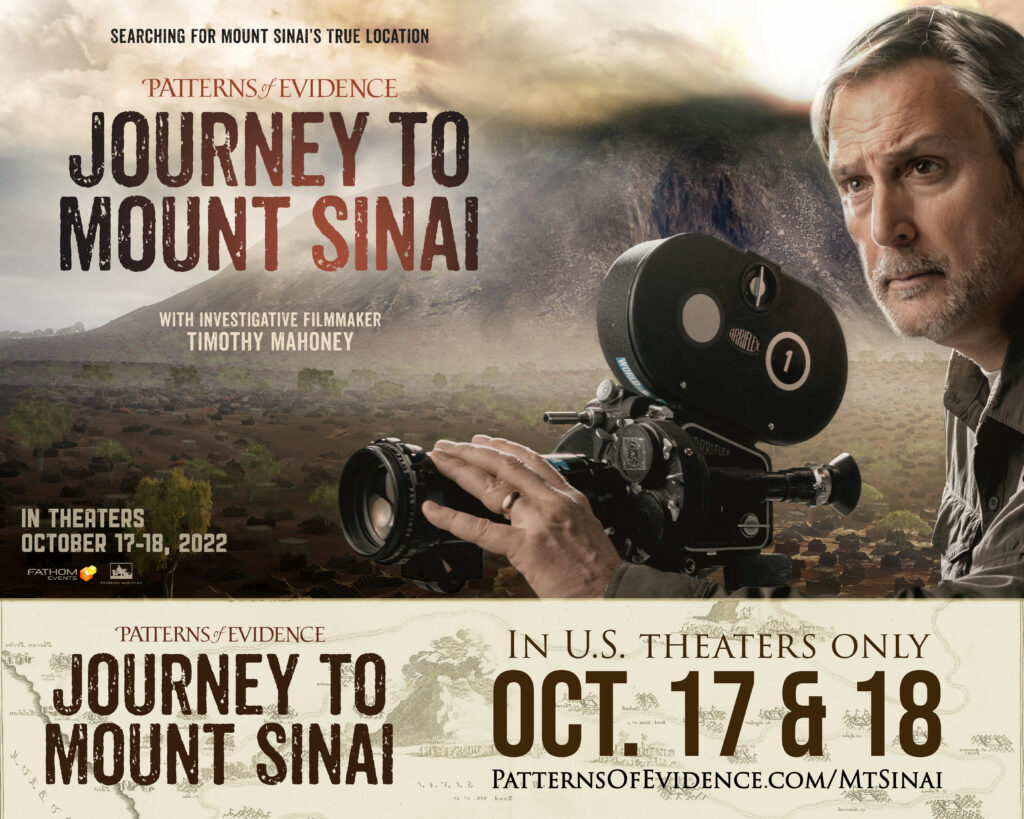 Tonight opens the latest installment in the Patterns of Evidence series. Journey to Mount Sinai is part 1 of a two-part documentary that, more than any previous Patterns of Evidence movie, draws the viewer in on the path of discovery. I enjoyed the clarity with which this film synthesizes the biblical requirements for identifying the true Mount Sinai and then evaluates three of the six top proposals. Viewers should download the Scorecard PDF before seeing the film, as it aids the viewer in assessing the evidence.

I learned just a month ago that I have a brief appearance in the film, and then I watched an early version to ready for an interview with Tim Mahoney, the investigative filmmaker behind the saga. You can watch the 30 minute interview here, which is titled “Encountering the God of Sinai and Salvation”:

In this Focus Video, Tim Mahoney and I discuss the tremendous importance of understanding the events of the Exodus and the Old Testament. The Apostle Paul writes in 1 Corinthians 10 that these things took place and were written down for us as examples. As followers of Christ, how well do we know these Scriptures? Tim and I also discuss how critical it is in this culture that we pass our faith on to our children and grandchildren so they can have an encounter with the Living God, leading to a relationship with Jesus Christ. I also expand on my comments in the film regarding manna, highlighting the spiritual significance behind this historical and miraculous provision from God.

I encourage you to get your tickets and to attend this film! Here are links to the following: 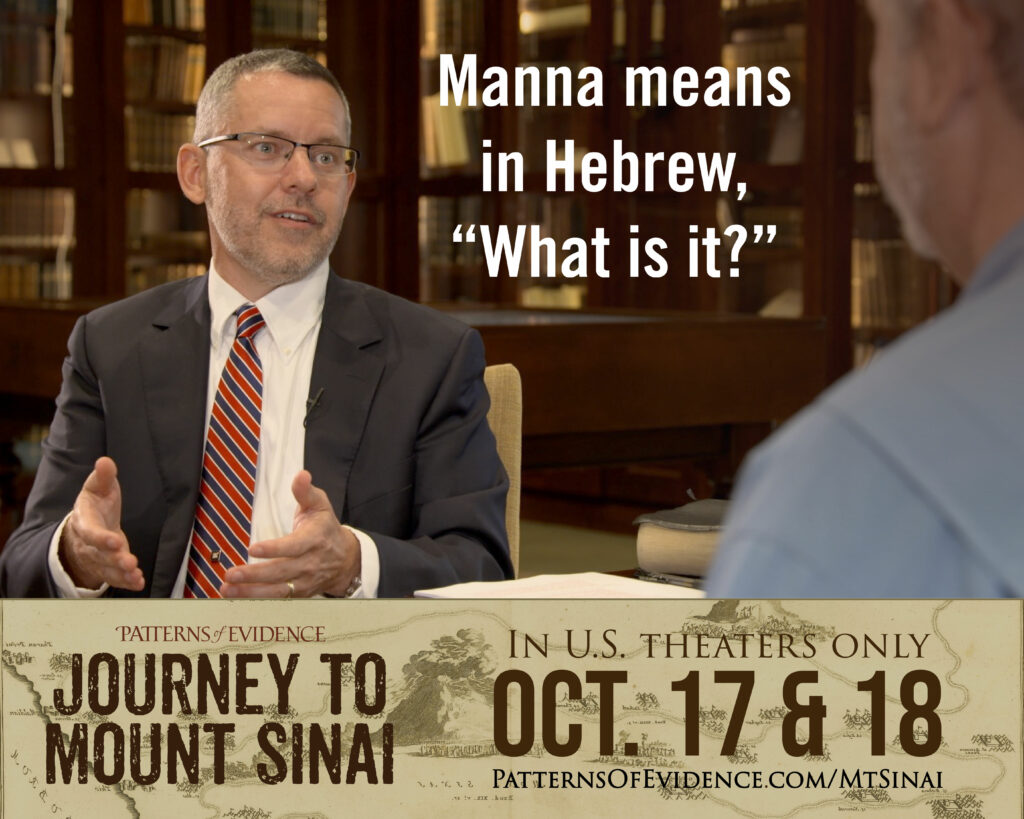