Seeking a Man After God’s Heart 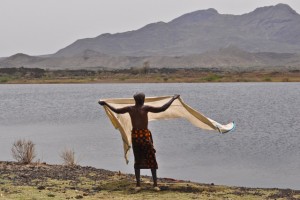 While in college, I studied in Israel for a semester. I went praying that the Lord would make me “a man after his heart,” building off the statement in 1 Sam 13:14 that, because Saul did not heed God’s voice, “The LORD . . . sought out a man after his own heart.” For what exactly was I asking God? What do you think this clause means?

My first doctoral seminar in 2000 was on the book of Samuel, and my interest in Deuteronomic heart imagery led me to write on the meaning of this statement. In 2001 I presented an early version of a paper, but over time my reflections developed, my argument got refined, and I came to a completely different conclusion. Now, after 15 years since I first started serious study of the issue I have finally published my conclusions in a paper titled “The Heart of YHWH and His Chosen One in 1 Samuel 13:14,” Bulletin for Biblical Research 24.4 (2014): 467–89. The paper is attached below, as is an audio presentation that I gave at the November 2014 meeting of the Evangelical Theological Society.

The traditional interpretation probably held by most reading this is that “after his own heart” tells us something about Saul’s replacement––that he is one in pursuit of God’s heart or that he has a heart (will/character/desire) that corresponds to God’s. The first of these options is most certainly wrong, for while the English term “after” can mean “in pursuit of,” as in “the cop went after the robber,” the Hebrew preposition כְּ at the head of the prepositional phrase כִּלְבָבוֹ cannot ever mean this. Another well known option is that the phrase tells us nothing about the character or loyalty of the man but rather focuses solely on the elective purposes of God––Saul’s replacement was a man according to God’s choosing/heart. Most scholars today, following P. Kyle McCarter’s Anchor Bible commentary on 1 Samuel, seem to be taking this view.

A third option and the one that I argue for is that the prepositional phrase is not adjectival, modifying the object “man,” but is rather adverbial, modifying the main verb “sought” and telling us the manner or standard by which Yahweh looked for Saul’s replacement––he did so in accordance with his will. I argue for this on the basis of syntax and semantics, ancient Near Eastern comparisons, and David’s election in light of Samuel’s deuteronomic context.

Having established this reading, I then consider whether God’s showing discretion and seeking one man in contrast to others necessitates that there was something about the king-elect that matched the royal image he had in mind. In the end, while we should read כִּלְבָבוֹ adverbially, the resulting meaning of 1 Sam 13:14 may in fact align with both the numerous texts that emphasize David’s special election in contrast to Saul and the many passages that stress David’s greater like-mindedness to Yahweh when compared with Saul (e.g., 15:28; 16:7). At the end of the paper I then consider the significance of the fact that David was far from God’s ideal and note how his failures move the reader to anticipate one greater than David.